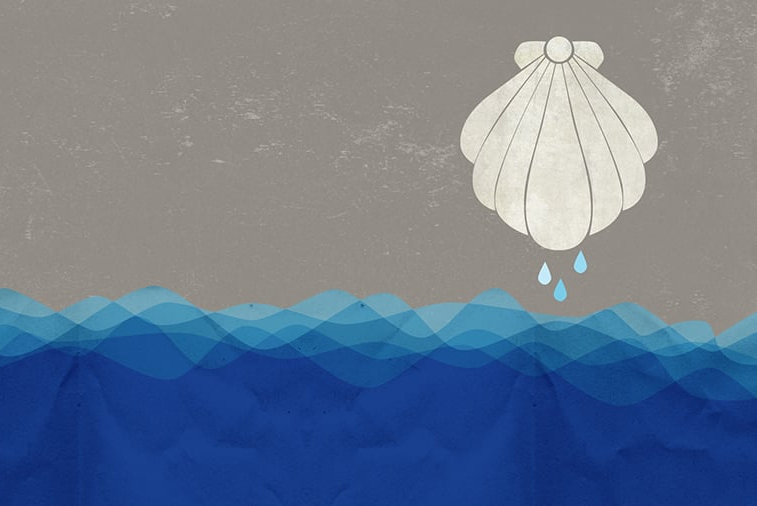 The nation of Haiti was thrown into an upheaval once again this week by the assassination of their President, Jovenel Moise. If that weren’t bad enough, to make matters worse it isn’t entirely clear who is in charge now that the President is dead. The lines of succession aren’t clear, and the chaos that portends for a country that was already on the brink is a matter of deep concern. But it isn’t just the governing of nations that relies on clear lines of succession.

We recently began re-watching the popular British TV show Downton Abbey with our daughters who had never seen it. I’d forgotten how much of the early plot lines of the show had to do with the succession of this English estate. Lord Grantham has three daughters, none of whom may inherit the rather sizable Downton estate with it’s accompanying lands. The laws at the time prevented a woman from inheriting landed titles and their estates because upon marriage those estates would no longer remain in the wife’s family, but would pass to her husband. The lines of succession are what ensure that an estate, its property, and the standing they provide are maintained from one generation to the next. It can get a little complicated, but it speaks to the importance of family and inheritance; both of which are the subject of the passage we heard from the opening of this letter to the church in Ephesus.

In an artful turn of phrase, the letter opens by blessing the one who has blessed us. Namely God. This is the progression of faith and worship. All that we say and do in praise of God comes in response to all that God has already said and done for us. Who God is and what God is up to in the world is always first, always the precursor to any kind of action we take in faith. When Abram first encounters God, it is God who initiates the relationship by saying, “Go!” Abram responds to God’s Word by doing just that, and it not only changes his life, it also alters the course of history for centuries. But only because of God’s initiative. The nature of what God has done, we are told is “in Christ.” We are blessed “in Christ.” We are blessed because of Christ. But not just that. Not only are we blessed “in Christ.” We are chosen in Christ as well. Like the entail of an English estate, it is a choice that comes well before we are ever considered or conceived. We are chosen before the foundation of the world. The whole notion that God will be for us, on our side, claiming us as God’s own is baked into the cake from the beginning. It is all part of God’s grand and glorious scheme of creation. So much of creation remains a mystery. There is untold pain and sorrow and heartache in the world, and such calamity is enough to cause even the most faithful of people to doubt. To such doubts come the words of promise in this letter, that God’s movement is intentionally toward us from before the beginning of everything. And not simply as beloved, but as beloved family. As children adopted into the household of God through Christ, because that is what God wants more than anything else, for us to know that regardless of circumstances that may leave us wondering where we belong, and to whom, we belong everywhere and always to the one who decided long before we were ever born to claim as God’s own. And then sets about showing us just what that looks like in Jesus Christ. By choosing human flesh as the venue to make this extraordinary love known- the riches of God’s grace- God chooses more than a tribe, or a people, or a nation. God chooses us all. All of humanity is caught up in God’s presence among us, with us and for us as one of us, in Jesus. This role, this identity as ones who are chosen, adopted as God’s very own children is, according to the letter, our destiny.  I can’t hear that world without immediately thinking of George McFly in the 80’s classic Back to the Future, trying to woo his crush Elaine by telling her, “You are my density… my destiny.” But this is more than some cheesy pick-up line. This promise is the source of our joy.

Now, not everyone feels this way. There is considerable history and baggage behind the assertion that we are elected, chosen by God, from before the foundation of the world. For centuries it has been misunderstood to be a kind of philosophical hard determinism, that we have no choice in the matter, that free will is an illusion and that God has decided beforehand how it’s all going to go. And in religious circles, that afterlife destinations have all been worked out long ago. One of the reasons I spend so much time trying to de-program our understanding of faith as a strategy for a better afterlife is that it not only misses the point of our election, it misses the substance of our relationship with the one who has chosen us. This letter says nothing about such dualistic judgments. Nor does it suggest that anyone is destined for destruction. There isn’t one word to that effect. If anything, it reinforces Jesus’ own words to Nicodemus, that his mission isn’t to condemn the world, but that the world might be saved through him.

Saved how? Saved by adoption. Saved by the one who decided long ago, long before we could ever have a say in the matter, to be on our side, to never leave us alone to our own devices. In Jesus the way of the world is turned upside down. The way of the world says that family and inheritance are generally determined as a matter of blood; blood that is shared, DNA passed from one generation to the next. And that salvation is gained by the blood we shed for whatever god we worship: the gods of war, or work, the gods we sacrifice to in order to advance in the world. The way of Jesus subverts all of that by saying that family and inheritance are determined solely by God. And that salvation isn’t gained, it is given freely by God’s own blood that is shed for us, the sacrifice of God’s own blood that is shared with us all, that we might never feel compelled to offer the kinds of sacrifices to those lesser gods that steal our souls. It is the DNA of grace that passes from one generation to the next.

Today we got to do something that we haven’t been able to do in a long time because of the restrictions of the pandemic. We got to welcome two more children into the household, into the family of God through baptism. Now, to be sure, our action is simply the outward sign of an inward reality that precedes anything we do. Gordon and Finn were already members of the family. With the sacrament, we are simply making manifest what is already is true, what has always been true. That they are beloved children of God chosen long before they ever came into this world, destined to be claimed as God’s own because that is just who God is and that is simply what God does. God’s choice is always for us, and nowhere is that more evident than in Jesus. In those waters we affirm that Gordon and Finn don’t simply belong to the families that bring them to the font, or to this congregation of believers who promise on behalf of the whole church to love and nurture them in their faith. They belong to God, who is always and everywhere the giver of life. And because they belong to God, that means they belong to one another. At the font the way of the world that declares blood is thicker than water is subverted by Jesus who says that there is nothing thicker than the waters of baptism and the faith that claims us as sons and daughters, as brothers and sisters to one another. In those waters we are cleansed of every sin that would separate us, or divide us from one another

Preacher, teacher and writer Barbara Brown Taylor tells a story about her Grandmother Lucy, who died when Taylor was just seven-years-old. Grandma Lucy, as Taylor tells it, ran a boarding house in College Park, Georgia and was known both for her shrewd business sense and her bad temper, a combination that earned her a fair measure of respect from her neighbors. To Barbara she was an awesome presence. She writes, “Having lost both legs to a case of diabetes she refused to treat, she presided from a stainless steel wheelchair, her two wooden legs propped in front of her like buttresses. She wore black aviator sunglasses to shield her failing eyes from the light, which gave her face all the openness of a vault. In most photographs , she looks most like a handicapped bomber pilot.”

She goes on to explain that with her three grandchildren, however, she was as gentle as a breeze. Taylor describes the closetful of wrapped presents that awaited them on visits, new dresses and favorite desserts; baby chicks from the feed store and long afternoons in the porch swing in her arms. “But her best gifts,” Taylor writes, “were her baths.” “When my night came,” she goes on, “she treated me like long lost royalty, filling the tub with suds and then beckoning me in, where she washed each of my limbs in turn and polished my skin with her great soft sponge. After she had dried me off, I lay down for the next part of the ritual. First, she anointed me with Jergen’s Lotion…Then she reached for her dusting powder- Evening in Paris- and tickled me all over with the pale blue puff. When she had done, I knew I was precious. I was absolutely convinced I was loved.”

In baptism, God declares a line of succession from Jesus to us as those whose inheritance in nothing less than the Kingdom that comes in Christ’s name. And in those waters all fears of dissipation and division are washed away by a love that cannot be divided and never dissipates. It simply and unequivocally invites us in to be a part of the family, to the praise of God’s never ending glory.