First Presbyterian Church of Albuquerque had its beginning in 1880 under the missionary, Dr. Sheldon Jackson. The first minister, Rev. James Menaul, helped erect the first church building in 1882, a one-room structure at Fifth and Silver. The church was reconstructed in 1905 to allow for new growth and again in 1938 after being severely damaged by fire. The church then outgrew this location and relocated in 1954 to its current site at 215 Locust NE. Twelve Senior Pastors have served the congregation of First Presbyterian Church since 1880 and is now served by Rev. Matthew Miller along with Associate Pastor Stephanie Urban. 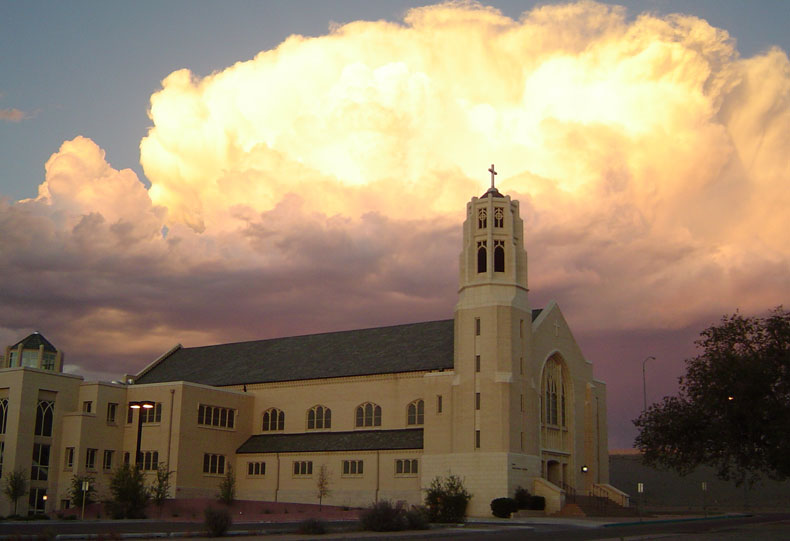