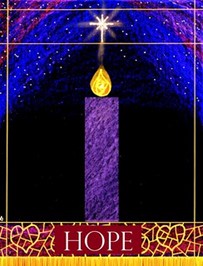 I don’t know about you, but a passage of scripture that begins with the words, “Besides this..” is pretty much begging the question: Besides what?! What exactly are we being expected to ‘besides’ as we jump into this word for the first Sunday of Advent? Because context matters, doesn’t it? There was a story some years back about some unsuspecting soul who put the following words on a church sign, “If you, then, will worship me, it will all be yours.” Sounds nice enough, doesn’t it? Only those words from Luke’s gospel don’t come from God, they come from the tempter’s promise to give Jesus all the glory and authority of the kingdoms of this world. Context matters.

So, for the sake of context, Paul has been making the case to the believers in Rome that they should obey the civil authorities, pay their taxes, and owe no one anything except to love; asserting as Jesus did that the summary of the commandments is simple: love your neighbor as yourself. Faithfulness essentially boils down to love. Not the hearts and flowers kind of love, but the kind that attends to the well-being of those around us and seeks to do no wrong to them. That’s a pretty big deal. Doing that isn’t always easy. This past week’s Thanksgiving gatherings may have put that to the test. Someone makes a provocative comment about current events, that comment gets challenged, and invariably something hurtful gets said. We’ve just endured another election season in which each side tries to paint the other as a dangerous threat. We’ve seen how that kind of rhetoric can lead a person to a middle of the night assault on a politician’s husband. A close reading of Paul’s words prior to this reading might suggest that Christians reexamine their priorities and consider whether culture war battles fueled by violent language are in any way worthy of the calling of Christ. Because Paul makes it sound like anything less than love for our neighbors is a failure of faith and faithfulness.

And besides all that, we know what time it is. But do we? I mean I can check my watch and see that it is now <check time>. But there were no wristwatches in the first century, or any uniform measure of time as we mark it in hours, minutes and seconds. That is Mountain Standard Time, by the way. If I pull out my phone and try to connect to my daughter in London via FaceTime, it will be seven hours later there. Then there’s Daylight Savings Time, and whatever it is that they do in Arizona. But none of that is what Paul is talking about. He says that now is the time to wake from sleep, but clearly that isn’t the same as the alarm that got me up this morning. No, what Paul is talking about has more to do with what we mean when we say the time is right, or the time is wrong. When things line up and the conditions create opportunities for us to do or see something that we had hoped for, we call that good timing. When they don’t, when the obstacles prevent that from happening, we call it bad timing.  At the risk of belaboring the metaphor. Two o’clock in the morning isn’t the time anyone wants to wake from sleep. When that happens, it definitely feels like bad timing. Now,Paul says, is the time to wake, the night is far gone and the day is near. We’ve been asleep long enough. Maybe we’ve been asleep to the destruction of our world, where in the same span of time that the human population has doubled, we’ve seen countless other animal populations dwindle if not face extinction altogether. Maybe we’ve been asleep to injustices that are made invisible to us because we don’t happen to experience them ourselves first hand. It’s frightening the horrors that the night can hide in its darkness while we sleep. Or maybe we’ve been a bit like the prophet Samuel when he was a boy, just trying to get our rest only to have God come and call our name, call us to become who we never knew we could be, who God would have us be.

There’s a phrase that Paul would have been familiar with, an image found throughout the Prophets; the day of the Lord. The day of the Lord is invoked as the occasion for God’s judgement. Sometimes it’s called the great and terrible day of the Lord. Depending on who you are, to invoke the day of the Lord brings the fear of condemnation, or the promise of restoration. And what Paul wants the church to know is that this day that is near, one that is not at all unlike the prophetic day of the Lord, this judgment of God is not only something we need not fear, it is something to anticipate, something to get up and get ready for. Because the judgement of God is not condemnation but our salvation- nearer to us now than when we believed. To wake up to that is to wake up with expectation, not trepidation. To wake up to that is to wake up excited for the best day of our lives instead of with dread at what we fear will be our worst. It means waking up to God who sets right all the things that we’ve been sleeping on in the dark. It means waking up to the call of God that saves us from having to justify our existence on our own, with our work, or our family, or our supposed status, or our wealth, or our education, or whatever other cultural indentifiers that get used to tell us who we’re supposed to be and what our place is in the order of things by declaring the first and most important thing about any of us is that we belong to God unequivocally.

Now I know that I’ve gained quite the reputation as a Christmas killjoy, a veritable Grinch trying to steal everyone’s Christmas cheer. That’s not quite it, though. When Christmas finally arrives, and truthfully we never keep it fully at bay through the entirety of Advent, but when it does arrive the hope is to embrace the gift that it has to offer instead of the cheap substitutes that gets wrapped up in glitz and sold on every corner. And the way we do that is by waking up, by recognizing what time it is; that the judgement of God that saves us, the judgement of God that declares our value independent of anything else is indeed at hand even now. In a way it’s a little like the plot of every great Christmas movie in which the protagonists, from Ebeneezer Scrooge, to George Bailey, to Clark Griswold, discover that the things that make Christmas and our own lives special have nothing to do with all of the holiday folderol. There’s a particularly funny sequence in the Christmas Vacation movie in which hapless Clark Griswold spends the better part of the day putting up every available light he can on his house, no doubt to impress his family, his out-of-town relatives, and all his neighbors with the most impressive Christmas display ever, only to end up in the dark due to the blackout he causes with the overload of electricity needed to light it up.

Paul makes it clear that when we wake up to the light of the day that is dawning, we have no need for such displays, and certainly no need to prove anything to anyone by them. In fact, we’re encouraged to put away the dishonorable works of darkness that would prevent us from living into the light of what is coming. More than a vice list, what Paul provides is a list of the kinds of numbing habits that we turn to in order to avoid having to wake up, the kinds of things that either put us back to sleep, or steal our attention from what truly matters.  Which brings us back around to where we started. Because the things that Paul lists- reveling, drunkenness, debauchery, licentiousness, quarreling and jealousy- are all things that potentially do wrong to a neighbor. They tend to be more about loving ourselves and gratifying our own appetites and ideas without much regard for our neighbor, and so they end up violating the image of God in us both.

There’s a song by the British band Mumford and Sons that captures the spirit of this text, and so the spirit of Advent and its invitation to us on this first Sunday.

Awake My Soul/
For you were made to meet your maker