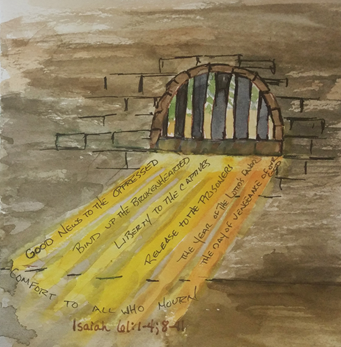 The play Inherit the Wind dramatizes the real-life events of what’s often referred to as the Scopes Monkey Trial of 1925. A teacher in Dayton, Tennessee was charged with sharing Darwin’s theory of evolution with his students, a practice that ran contrary to the law at the time, forbidding its instruction as unbiblical. The case became famous when two titans of the age, the populist William Jennings Bryant and famous defense attorney Clarence Darrow took opposite sides and squared off against each other in the courtroom. Toward the end of the play, the Darrow character, known as Henry Drummond in the life of the play, muses on the difficulty of the case and his first ever longshot- Golden Dancer. “She was in the big side window of the general store in Wakeman, Ohio,” he remembers, “I used to stay out in the street and say to myself, ‘If I had Golden Dancer, I’d have everything in the world that I wanted.’ I was seven years old, and a very fine judge of rocking horses.”  But as he explains, the rocking horse was a week’s wages for his father, and so there was always a plate glass window between them. But then one morning, on his birthday, he woke up to find Golden Dancer at the foot of his bed. His mother had skimped on the groceries and his father had worked nights for a month. What came next was nothing short of a tragedy. “I jumped into the saddle and started to rock,” he recalls, “and it broke! It split in two! The wood was rotten, the whole thing was put together with spit and sealing wax! All shine, and no substance!” There are times in life when we find ourselves captivated by the vision of our own Golden Dancer behind the plate glass window. The school that will open all the right doors. The job that will showcase our talents. The house or the car that will fulfill our dreams of success or achievement. The marriage that will complete what we think we’re missing. The child who will fix what’s broken in the marriage or put right what’s gone wrong. For me it was my very own four-wheel-drive pickup truck. Some twenty-nine years ago I made the long drive home to Colorado from Pittsburgh, where I had been enrolled at my dream school, studying theater with the best of the best. Only it turned out, I wasn’t. I wasn’t the best of the best, and they asked me to withdraw from the program. Back home I was at loose ends. The whole vision I had for my future had evaporated. I didn’t have a college degree. I was back in my parents’ house, driving my parents’ old car without a clue about what was next. Then one day, out of the blue, a car pulled in front of me unexpectedly and that old car I was driving was totaled. The insurance payout was enough that I was finally able to get the four-wheel-drive pickup I’d always wanted. And I was sure that this was all I needed to get back on track. When I got that truck I’d be happy. Only the truth is that wherever you go, there you are. You can get into the school, land the job or the spouse, have the child, buy the truck, color your hair, cut your bangs, loose the weight- all kinds of plans that are the equivalent of spit and sealing wax- only to find the exact same person as before staring back at you from the bathroom mirror. Try as we might, we simply cannot escape ourselves.

This is what the people of Israel found out upon their return from exile. For decades they had pined away in Babylon, singing their songs of Zion and weeping. If only they could return, they thought, things would be so much better, life would be so much easier. Until they did return. The Jerusalem in their minds and in their songs was the glorious home of the Most High God. In reality, it was a ruin, a shell of its former self. Maybe if we rebuilt the temple, they thought, God will return. So they did. I imagine the results to be something like the baking show, “Nailed It,” in which amateur bakers take on elaborate creations only to end up with something far from what they pictured. Their disappointment was profound. Nothing had turned out the way they planned, the way they expected. It’s to those people that the prophet speaks. What is spoken isn’t happy talk, it runs deeper than that. Good news is about more than platitudes, it’s an announcement that sets us free from all that holds us captive and captivated and by pointing us toward a promise for something greater than anything we might acquire for ourselves. When we cannot escape ourselves, or the oppressive disappointment of our own expectations, we hear tell of God’s favor made manifest. What makes it such good news is precisely how it comes to us, where it comes to us. It isn’t the letter of acceptance that comes in response to a stellar transcript and an exceptional application essay. It isn’t the job offered to the candidate with the most compelling resume and impressive references. It’s such good news precisely because it comes when our own best efforts fall short. It comes to us when we get the very thing that we think will make us happy only to have it split in two on us. It comes to us with the assurance us that God’s favor has far less to do with us and far more to with God.

God’s favor sees the mess we make of things, the mess we’re in, and binds up our broken hearted world. God’s favor knows the hurts that hold us captive, the enmities that imprison us and comes to release us from them. God’s favor is for everyone who is convinced that they are not good enough to receive something as good as all that and comes to declare that judgment belongs to God and God alone who in making all things declared long ago that they are, in fact, good.

But more than anything, perhaps what makes the good news of God’s favor so good is how it doesn’t gloss over the present circumstance. This how we know it is of God and not of us. When we’re confronted with the pain of the world, with the hollow satisfaction of getting what we want only to find out it’s nothing like we thought, our tendency is to deflect and deny. We encourage people who are mourning not to cry and encourage those laid low to just smile. Don’t worry, we say, be happy. As if stifling the sadness will lessen the loss, or smiling will somehow erase the circumstance. What makes the news of God‘s favor so good is that it refuses to pretend things are anything other than what they are. Instead of downplaying the truth of the matter, God’s favor works to transform it; comforting those who mourn as though the source of their grief is real rather than suggesting that they just need to get over it. And in so doing God’s favor transforms lifeless ash into green garland, and mourning gives way to gladness and praise.

That’s particularly good news right now, because the state of things with this pandemic are pretty grim. We’ve learned the hard way that deflecting and denying that things are severe as they are hasn’t made them go away. If anything, that has only made matters that much worse. As such, it is a cautionary tale about everything else we might be tempted to deflect or deny. To be honest, I’m holding out great hope that the vaccines that are being approved and are beginning to be distributed will bring a quick end to the suffering of this past year. But as we move toward a return to what we once knew, we may find ourselves in a situation like those exiles experienced upon their return. There is damage that has been done that won’t be magically repaired just because it’s safe to come out of our bubbles. There is pain that we haven’t begun to reckon with. What the prophet declares is that the good news of God’s favor is more than enough to strengthen us for the task ahead. The good news of God’s favor will put things right, raise us up and repair the ruin and devastation. The good news of God’s favor is what will save us from our despair at all that has been lost and set everything right in the end. It is the source of our everlasting joy.

I’ve already talked to a number of people whose Christmas plans are being scaled back, visits to family that continue to be deferred for the safety of everyone. That’s probably for the best right now. In a year when we cannot escape our disappointments, the word of the prophet speaks of the deeper joy that comes from knowing that even now the Spirit of the Lord is upon to bring us something far better than a shiny, happy holiday. The Spirit of the Lord is upon us to bring us the kind of good news that will indeed, change everything.