Click here to view the full sermon for November 22, 2020 entitled, When? 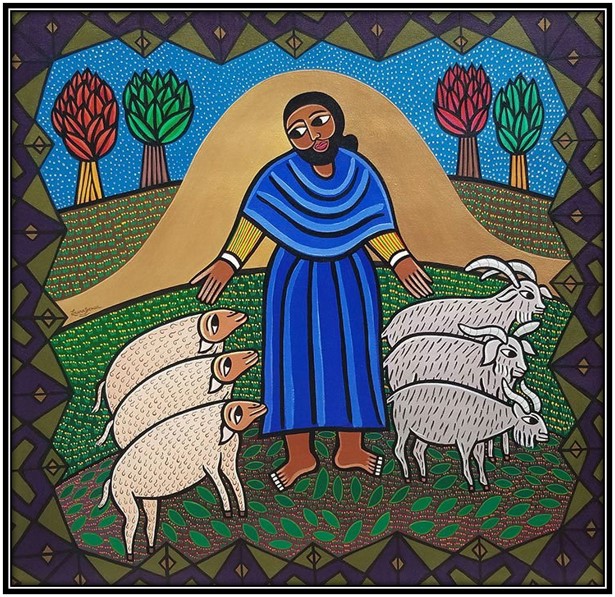 It is frequently said that all good things must come to an end. In reality, that statement is only half true. Because the fact of the matter is that all things, whether they are good or bad, come to an end. That’s simply the nature of the world that we live in. It might be that it’s just that we don’t want the good things- the book, the movie, the winning streak, the beautiful weather, or the perfect evening- to end. We want to bask in the goodness, drink it in and savor it for all that it’s worth. That bad things – like a terrible and deadly pandemic- also come to an end is something of a relief. It’s what gives us hope through the hard times, the courage to endure the most difficult of circumstances. The only thing more reassuring than knowing that all things come to an end is knowing what that end will be.

There was a time when I engaged in the rather ridiculous practice of recording my team’s football games on TV, even if I could have watched them live in real time. It was all too stressful to watch with the outcome so uncertain. Instead, I’d wait until the game was over, check the score, and if my team won, then I could watch the game in the peace of knowing the final outcome.

In the movie Big Fish, Edward Bloom is a man known for retelling his life as a series of seemingly improbable, if not impossible, stories; stories filled with witches and giants and mermaids. Recalling his childhood, he tells of the time he and his friends ventured to visit the resident witch in their small Alabama town. Legend had it that the witch had one good eye and one blind eye, and if you looked into the blind eye you would supposedly see how you were going to die. One dark night, Edward and two of his friends made their way to the big, creepy house where they came face to face with the old woman who had one eye turned on them, and the other eye hidden under an eye patch. One by one, each of the boys came forward and looked into the bind eye hidden under that patch. The first two boys were filled with fear at what they saw. And the vision haunted them for the rest of their remaining days. But when young Edward took a look at what his future held, he took it in with a sense of awe and finally exclaimed, “So that’s how it ends.” From that day, no matter what he faced- whether it was a giant in a cave, or the peril of parachuting behind enemy lines- Edward Bloom met such dangers with confidence and courage because he had seen how it all would end, and knew that was not how he would die.

It is not accident that the parable before us this morning is the final story that Jesus will tell before the events unfold that take him to his own death upon a Roman cross. Before we are confronted with that part of the story, we are offered this vision of the end. Not the end that comes upon a hill outside Jerusalem, but God’s end, the end to which all of time and history are pointing, “when the Son of Man comes in glory…” and sits on the throne.  It’s as though Jesus is offering an assurance to those who follow him that the pain and the humiliation that are surely coming are not, ultimately, how his story ends. The story of the one whom we name as Lord, and Savior, does not end with Jesus on the cross, but rather on a throne.

In the cycle of our church calendar, today is known as Christ the King, or the Reign of Christ Sunday. We call it that because we have come to the end. Or the end of another church year, another season in the life of the church. Next week begins the season of Advent and our anticipation of Christ’s coming again into the world. But before we re-set and start over, before we sit in the dark once more and wait for the dawning of the light, we get this glimpse of the end; a glimpse of Christ as King. Like Edward Bloom and his friends, I wonder if it’s a vision that will terrorize us, or fill us with awe?

Donald Miller, in his book Blue Like Jazz suggests that when it comes to a vision like this, a big beautiful picture of glory and angels and a throne, we have only two choices, really: terror, or awe. It’s hard to imagine remaining indifferent standing before grandeur of this kind. Now I’m not a person who is likely to choose terror. I may like a good scare as much as the next person, but given the choice- particularly when it comes to matters of faith- I’m far more inclined to gravitate toward awe. Yet, despite my own personal preferences, I have to say that there is plenty in this picture that Jesus paints that terrifies me. My first reaction upon reading it is to wonder, “Am I sheep, or goat?”

One of the more moving parts of the documentary about Fred Roger’s life, Won’t You Be My Neighbor, was to learn that this kind man who made such a positive impact on the childhood of so many with his public television show Mr. Roger’s Neighborhood found himself at the end of his own life asking that question of his wife. “Was I sheep,” he wanted to know.

In trying to answer that question, based on what transpires in this story, the temptation is to rewind the tape of our lives looking for all the times we might have gotten it right, all the times we fed the hungry, clothed the naked, welcomed the stranger, visited the sick or imprisoned. Once we’ve tallied that up, we have to balance it against the number of times we’ve neglected or turned away the same; the ones who scared us or who we thought might not be telling the truth about their need. We could then spend the rest of our days in fear, keeping count of our good deeds and the bad, in an effort to keep from being separated out with the goats when all is said and done. Doing that, of course, would be totally missing the point of the story. As is often the case, to do so would be to let our fear of judgment obscure the rest of the story. We can become so preoccupied worrying about whether we are sheep or goats that we forget all about the one who is sitting on the throne doing the judging. Because what Jesus says is that when the Son of Man comes in glory, sitting on the throne with all those angels, he will gather all the nations and separate them out like a shepherd.

This king of ours is not a tyrant, or some cruel overlord eager to smite us, but is like a shepherd. Someone who leads us beside still waters, giving us rest and providing for our every need. The good shepherd is the one who goes to the ends of the earth to recover one lost sheep, the one willing to lay down his own life to protect his flock. And what a flock it is gathered before that throne. The people of every tribe and nation, time and place. There isn’t a one of them that doesn’t belong to this shepherd, who also happens to be their king.

An interesting thing happens once the sheep are separated out from the goats. The sheep are invited into the kingdom prepared from the foundation of the world because they fed the shepherd, gave him something to drink and something to wear, welcomed him and visited him when he was sick or in prison. Being the stand-up sheep that they are, you would think that none of this would come as much of a newsflash to them. You figure they’re thinking, in their own sheepish way, “Well- yes… yes we did.” Only that isn’t at all what they’re thinking. They are completely baffled by what they hear. “What are you talking about,” they wonder, “we don’t remember any of that.”

The same thing happens to the goats, only with a less favorable outcome. They are cast into eternal fire for failing to feed the shepherd in his hunger, or give him something to drink or wear, or pay him a visit when he was sick or in prison. Here you figure such a shiftless bunch will meet their fate with a note of defiance, “So what if we didn’t!” But again, the news comes as a complete surprise, “Are you sure? We’re positive that we made our tax-deductible charitable contributions - what more do you want from us?” That’s the most striking thing about this parable: both the sheep and the goats are completely clueless.

It turns out that how it all ends has less to do with chalking up points to cash in for an eternal reward, and more to do with the shepherd on the throne who meets us in the world’s most forgettable people. Because when it comes to eternity, let’s face it, we’re all a little clueless.

So where does that leave us? Are we sheep, or are we goats? How can we tell? The answer is that we are probably a little bit of both. We are all of us walking through life with one good eye and one blind eye. One eye that sees and knows and trusts that we belong to a good shepherd who is not just coming on a throne at the end of time, but who is present here and now in the faces of the least likely among us. And the other eye that is blinded by fear, blinded by the judgement we are so quick to pass and the distance we are so eager to keep from folks whose lives bear little resemblance to our own, trying to be kings and queens wholly unto ourselves.

The question before us isn’t whether we are sheep or goats. The question before us is how will we respond to this vision of the end to which we will all come? Will we continue to turn a blind eye, living our days in fear of what might happen and never seeing Christ in our midst? Or will we stand before our King with awe and thanksgiving at the kingdom that has been prepared for us from before the foundation of the world? Will we stand in wonder before this vision and say, “So that’s how it ends,” ready to go into the world with confidence and courage to meet the hungry and the thirsty, the strange and the naked, the sick and the imprisoned, as if we were meeting Christ Jesus our King - because we are.