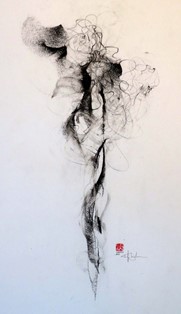 In the past, I have made no secret of my conflicted feelings every year when our weekly worship of God runs up against our national celebration of Independence. On the one hand, I love this country, conceived, as Lincoln would intone on the fields of Gettysburg, in liberty. And since the good news of Jesus Christ sets free people who are held captive to sin and death, it is understandable that some would make the not-too-difficult leap in tying the freedom found in Christ with American ideals of freedom. That is the source of the conflict that I feel each year when we come to worship on, or near, the same day when we celebrate our declaration of independence from British colonial rule. Because the freedom won for us in Christ is of an entirely different order than the freedom we embrace as a nation. Jesus does not belong to any one nation, and certainly isn’t represented by any nation’s flag. Beyond that, if the Pew Center’s data is any indication, there are plenty of Americans who in no way claim the Christian faith, and the number is growing every year. There’s always the danger in our national fervor, that we will elevate the symbols that represent the principalities of this world over the cross of Christ that offers salvation to the people of every nationality and no nationality, running roughshod over the very freedom of religion our constitution is supposed to protect.

In recent years this had been made all the more difficult by those who would claim for themselves the title, or mantle of so-called “real” America. In this “real” America there is very little daylight between Christianity and nationalism. In fact, much of it self-identifies as Christian Nationalist. There is also a significant distrust of more recent immigrants and any perceived criticism of our nation’s history as somehow unpatriotic. It is slightly reminiscent of William Poole, the 19th century leader of New York’s infamous Bowery Boys, who among other things is known for the establishment of the Order of the Star-Spangled Banner and the unironically named Native American Party- which viewed non-native born Irish immigrants and Catholics as a threat to the stability of our nation. On his gravestone are engraved the last words he is said to have uttered, “Goodbye, boys. I die a true American.” All of which raises the question, “who gets to call themselves a true American?”

Paul is dealing with a strikingly similar issue within the context of the letter we heard from this morning. Paul’s physical stature has been well-documented as something less than impressive, as too, apparently, was his speaking voice. In an era in which public speaking was the primary way information and ideas were spread, this was considered something of a liability as Paul spread the good news of Jesus Christ throughout the Mediterranean world. It made him easy to discredit by those who were better speakers, or who cut a more impressive figure as messengers of God’s good news. Paul sarcastically refers to such people as “super apostles” but they might just as well have called themselves “real” apostles. They could hold the church enraptured with stories of ecstatic spiritual experiences, heavenly visions to inspire their faith. In other words, they gave the people what they wanted to hear and satisfied their longing for someone who could speak with power and authority. And at first Paul sounds like he’s will to play that game, engage in the contest for best spiritual experience. He says he knew a person who went through something like that, although it’s transparently obvious that he’s talking about himself. And if that were something worth boasting about, Paul says, he could do that. But it isn’t.

Time and again, Paul takes on the cult of power that was so prevalent in Corinth, and continues to hold sway in its own way today. Like the idea of a “real” America, the promise of power and strength was enormously popular in the commercial hub of Corinth. Visitors to that city couldn’t miss the impressive temple to Apollo under the acropolis. Every other year the Isthmian games displayed the best of athleticism and feats of strength. The trade that passed through the city made it an economic powerhouse in the region. When power, strength and success are the order of the day. When those are the prevailing values of a community, it’s no wonder that someone like Paul -who was so deficient in the very skills most prized by that culture- it’s no wonder that some might call into question whether he was a “real” apostle, or not; given his obvious weakness. Who gets to call themselves a real apostle? The one who makes the best show of being an apostle with displays of piety and talk of the heavenly realms, or the one who talks about a crucified savior whose own weakness cannot be denied?

Instead of regaling the church with visions and revelations and that might build up his credibility as someone who can speak with authority about the grandeur of God, Paul decides to tell a different story. He recognizes the trap of self-promotion, boasting about mysteries and revelations that he knows and has seen in an attempt to have people think more highly of him. It’s a fool’s errand that more often than not leads people to a form of idolatry; worshipping the apostle and not the one the apostle is called to point people toward. In essence, worshipping themselves and their idea of what is real and not God.

He goes on to tell about a thorn in the flesh, a messenger of Satan sent to keep him from getting too full of himself.  There has been endless speculation about what Paul might be referring to. Talk of a messenger from Satan suggests that he’s talk about a person, someone who really gets under his skin and makes him crazy. A person like that can challenge our every intention and desire to be peaceful, loving people. I think most of us can relate to this in some way. It seems like there’s always someone who tests your patience. And anymore we don’t need God to remove these people from our lives. If they won’t stop sending us endless emails, or tweets, or mems about the latest government/media/shadow conspiracy, we simply block them on our phone, or computer. We check the caller ID and send the call to voicemail. We get pretty adept at avoiding them. The reason we often do that is not just because we may find that person super annoying. We do that because their behavior reveals our own weakness, our own inability to be the peaceful loving people that we want to be. Their ability to enrage us reveals just how far we have to go in becoming someone who can love all their neighbors and not just the lovable ones. Regardless, I think God’s word to Paul is also God’s word to us when it comes to the people in our lives that we might consider thorns in our flesh. “My grace is sufficient for you, for my power is made perfect in weakness.” The very people who challenge us, and might drive us a little crazy, are the very ones who invite us into a deeper reliance on a grace we do not possess on our own; a grace we rely on, in our weakness, from God.

It's alternately been suggested that the thorn in the flesh that Paul is talking about could be some kind of physical disability, or even what we might consider an addictive behavior. A thorn like this can be a constant and even painful reminder of our own limits. It challenges our desire to see ourselves the way we want others to see us, the way the cult of power often rewards. We wish God would take away this thing. We might even be tempted to deny the truth of it in an effort to make it go away, just like we do with people. Still, God says, “my grace is sufficient for you, for power is made perfect in weakness.”

Which brings me back to today and our national celebration. Perhaps what I’m most conflicted by is how a day like today feeds the cult of power. Now, don’t get me wrong, the freedoms we enjoy, the freedoms we seek to embody as a country are indeed something to be celebrated. But we too have been given a thorn in our flesh as a nation. Some might see it as a messenger from Satan, others might consider it a self-inflicted wound. The truth is that anyone who calls themselves American is either indigenous, an immigrant, or formerly enslaved. The truth of that comes with some pretty painful history; history that includes cultural and actual genocide, economic exploitation, broken treaties, massacres, lynching and the systematic exclusion from many of the same freedoms we would celebrate today. It’s understandable that we would ask God to take this away from us. And barring that, that we would attempt to erase the shameful parts of our history from the public record and the public schoolhouse. We think it makes us look bad. Maybe naming it makes others see us as unpatriotic because it might make our country look weak. Even then, God’s Word to us is this, “my grace is sufficient for you, for power is made perfect in weakness.”

The document that constitutes our republic opens by naming one of its purposes as “to form a more perfect union”. Implicit in that phrase, “more perfect,” is the acknowledgment that we are not yet who God would have us be. We are a people who are being perfected. God’s Word to Paul instructs us that we are perfected not by projecting a false façade of strength and power, but rather by coming to terms with the thorns that weaken us and require us to rely on the power of God’s grace more than our own freedom. Perhaps that is what the hymn we will sing in a minute means when it asks God to shed God’s grace on us.

As for who gets to call themselves a “real” American, or a “real” apostle, or even a “real” Christian, I think about this description from a children’s book about toys in a nursery that is about so much more than that. The Velveteen Rabbit asks the Skin Horse what real is. “Real isn’t how you are made,” (says) the Skin Horse. “It’s a thing that happens to you. When a child loves you for a long, long time, not just to play with, but REALLY loves you, then you become Real.” “Does it happen all at once, like being wound up,” the Rabbit (asks), “or bit by bit?” “It doesn’t happen all at once,” (says) the Skin Horse. “You become. It takes a long time. That’s why it doesn’t often happen to people who break easily, or have sharp edges, or who have to be carefully kept. Generally, by the time you are Real, most of your hair has been loved off, and your eyes drop out and you get loose in the joints and very shabby. But these things don’t matter at all, because once you are Real you can’t be ugly, except to people who don’t understand.”

As we are made more perfect by the grace of God that is sufficient to all our weakness, all our shabbiness, may we become who we truly are as those who are loved into being real.