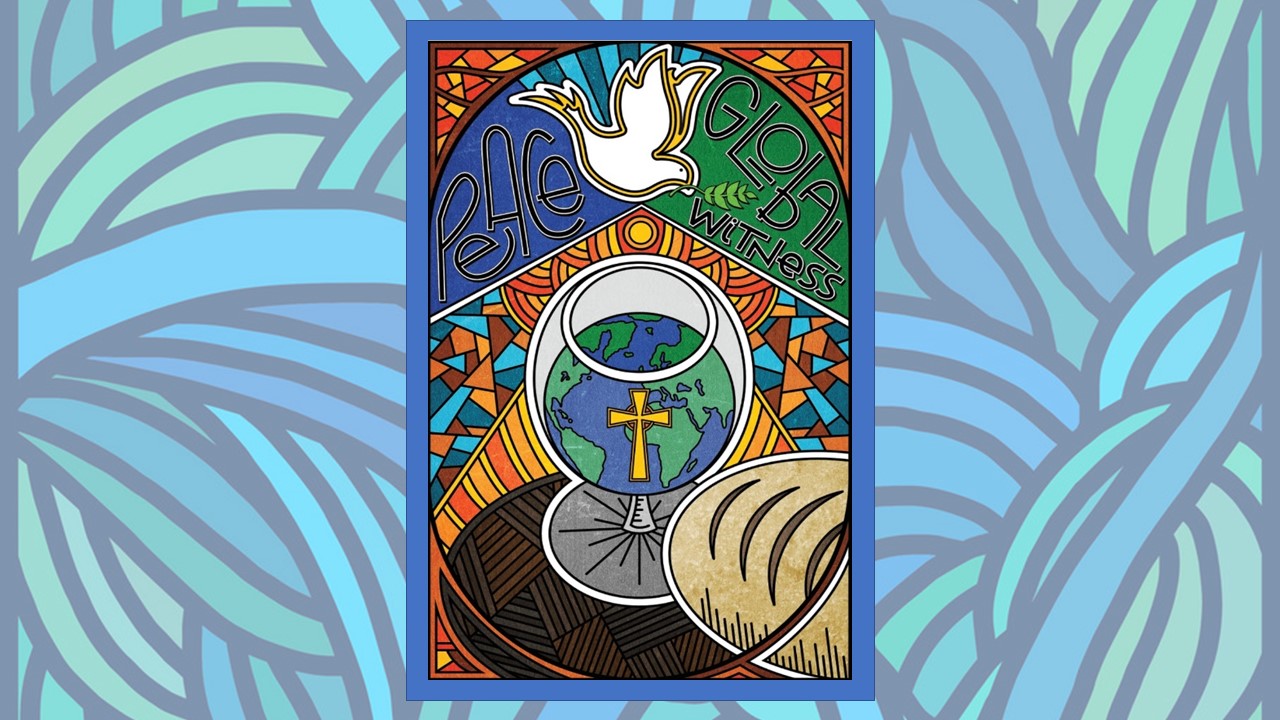 As a child I had a big imagination. One of my earliest memories is of hiding on the floor in the backseat of my dad’s big old Plymouth. He would be getting ready to drive me to the babysitters for the day (that’s what we called daycare back then). I couldn’t have been more than four years old. I would crouch down behind his seat and when he got into the car, I would make grumbling sounds like a monster. He would go along with the game and pretend not to know where I was and then become worried when he heard ‘monster’ sounds coming from the backseat of his car.

As I got older, my imagination was fed by movies I’d seen, which I would then try to recreate; like when my friend Pat and Ire-enacted the Batman movie we had seen at the local movie theater’s summer Wednesday matinee. Our parents patiently watched as we ran through the connected rooms of the basement, transforming ourselves from Bruce Wayne and Dick Grayson into Batman and Robin.

On the school playground, in the days before cable TV and a home library of movies, my friends and I would act out the plot of the Wizard of Oz the day after its annual broadcast on television. We’d find a girl to play Dorothy and then spent a good ten minutes negotiating who would be the scarecrow and the tin man and the lion- each of us looking for our place in the story. Approaching the parables of Jesus often requires that same kind of big imagination.

When we hear or read them we are looking for our place in the story. Which kind of soil am I when the sower starts throwing out seeds?  Am I the younger or the older brother in the story of the lost son? So what parts are available to us from this morning’s parable in Matthew? Well, we’ve got a landowner who does the hard work of establishing a vineyard, complete with security fence and watchtower, and a press for making wine. The landowner then goes on to become an absentee landlord, leasing his property out to a group of tenants; sharecroppers who will work the vineyard for him.  There are some slaves who are sent to collect and come to an unfortunate end.  And there is the landowner’s son. Where are we in all this?

That’s a tough question because it seems so clear that Jesus’ parable plays out nicelyas an allegory for the story of God’s salvation history. The landowner sounds like God, who works hard to bring the vineyard into being, and entrusts it to the care of some tenants, who sound like the people of Israel.  The tenants repeatedly abuse the poor slaves- who must be the prophets- sent by the landowner. Of course, that leaves little doubt about who the son must be: Jesus himself, come to set things right. That is how this parable has traditionally been read and understood. And that is awfully convenient for us, because it allows us to sit on the sidelines for the whole bloody affair only to come in after the fact and claim this vineyard for ourselves as its new tenants. Only that isn’t what Jesus says.

You may have noticed, but the bit about the owner of the vineyard coming to put the wretched tenants who killed slaves and son alike to a miserable death only to hand the whole operation over to someone else, that doesn’t actually come out of Jesus’ mouth. That isn’t part of the parable. If anything, that is the example of how NOT to read this parable. Sadly, generations of Christians have read it in precisely this way. That is, they’ve read it as an allegory, and not a parable; a story about how after killing God’s own son, God took the vineyard and all that it symbolized away from Israel and gave it to Christians instead. The ten-dollar word for this is supercessionism, the belief that the promise made and fulfilled in Jesus supersedes or takes precedent over all previous promises that God has made to God’s people. You see where this is going, right?

It is the very dangerous religious idea that has given sanction to anti-Jewish violence for hundreds and hundreds of years; including and culminating in Germany’s final solution to what it called the Jewish problem in the 1940’s. All of which makes it pretty important as we approach this parable to say what it is not. It is in no way a story about God rejecting Israel and the covenant promise made to its people.

Remember, today’s reading picks up where we left off last week. Jesus is being questioned in the temple by the religious leadership asking what makes him think he can rile up the people with messianic parades and disrupt of the temple economy by driving out the merchants who profit from it. He makes a point about John the Baptist and tells a story about two sons sent to work in a vineyard. A story as obvious as this parable is cryptic. It might also be the key to seeing what Jesus is saying, what he’s trying to show us.

Early in the book of the prophet Isaiah, he sings a song about a vineyard. How it was dug out and planted in love with a watchtower and wine press. It is no accident that Jesus uses, almost word for word, the same language as this song from Isaiah. In his first story he makes the point about the difference between word and deed, between religious lip service, and faithful action even if it comes as a surprise. By picking up the vineyard image again, it’s clear that what Jesus is talking about isn’t the difference between Jewish and Christian believers, first and foremost because Jesus himself and everyone he is talking to are themselves Jewish. This isn’t about that. Jesus is calling out the difference between the kind of superficial faith that is satisfied with saying all the right things, while doing nothing about them, and the kind of sincere faith that has learned the hard way how important it is to cultivate and bear good fruit. In Isaiah’s song, it is Israel itself that is the vineyard, not the tenants. The vineyard belongs to the one who planted it. It belongs to God.

In the story that Jesus tells, something goes horribly wrong with that equation, in the same way that faith goes horribly wrong when we start thinking it belongs to us. The minute faith becomes some kind of proprietary endeavor that we try to take hold of as a useful tool for getting what we want, all kinds of violence ensues. We start fencing it off and putting to death (figuratively speaking) anyone who dares challenge us. Screaming to high heaven about a war on Christmas, or making wedding cakes, or not being able to pray in schools. This vineyard that God so lovingly digs out and plants and cultivates is for bearing fruit. It is supposed to be a gift, not a weapon; a blessing to all, not a means of controlling them.

In John’s gospel, in the verse right after the famous one that gets put on endzone signs, neckties, and all other manner of religiously themed merchandise, Jesus makes the point of saying that the Son came not to condemn the world, but that the world might be saved through him. Now a whole lot of people have a whole lot of ideas about just what it means to be saved through Jesus, but I think one of the things that it means is that we do not have to fear that the vineyard owner who thinks we’re miserable wretches who need to be put to death.

What Jesus offers instead is a promise from the Psalms and an alternative to the endless litany of violence and death. “The stone that the builders rejected has become the cornerstone; this was the Lord’s doing and it is amazing in our eyes.”  Everyone and everything that proprietary religion rejects; everyone who has ever been called an abomination, or told that they’re going to hell, or made to feel that they don’t belong, don’t fit in, shouldn’t be there- that is who God is putting at the center what God is doing, because that is where Jesus is, as the one who also will be rejected and derided and mocked.

The plot of the first Harry Potter book has to do with the legendary Philosopher’s Stone, or Sorcerer’s Stone, that can be used to create an elixir of life that will extend a person’s life indefinitely. It’s been hidden at Hogwart’s School to keep it out of the hands of the dark wizard Voldemort. To protect it from being taken, the headmaster, Dumbledore, hides it within a magical mirror, the mirror of Erised. Erised is the word ‘desire’ spelled backwards, and what it shows a person is their heart’s desire. The danger is that someone could lose their life pining away in front of what the mirror shows them, instead of living their life. When Voldermort stands in front of the mirror, he sees himself holding the stone he so badly wants, but he cannot figure out how to get it. Meanwhile, the stone appears in the pocket of Harry’s pants, because as Dumbledore later explains the stone would only materialize for someone who didn’t want to possess it.

So it is with the vineyard. If our deepest desire is to have it for ourselves, to have it serve us and what we want, what we think is right, what we think it should be, it will inevitably be taken from us, because that is not what it is for. It is for bearing fruit that will feed and bless the world. Where are we in this parable? We are God’s vineyard, God’s creation, God’s gift to a world already filled to the brim with rejection, condemnation, and violence. The world doesn’t need any more of that.

What it needs, what it gets in Jesus, is salvation instead; a promise that God sees and knows the value of what the world is so quick to overlook and disregard. Not only that, it is precisely those people, the ones who lay no claim on what they know is pure gift, who bear some of the best fruit for the kingdom of God. And that? That is God’s doing, and it is amazing in our eyes. Alleluia, amen.