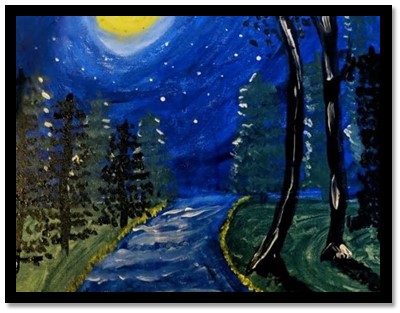 Matthew’s Gospel narrates Jesus’ parable of a generous vineyard owner and some upset workers.  So think harvest time when many hands are needed to gather the grapes.  Imagine the landowner going very early to the town square where laborers congregate seeking work.  This early bird group is hired and a regular day’s wage of one denarius is agreed upon.

Then about nine a.m. the owner goes back into town and hires some more folks with these words, “You also go into the vineyard and I will pay you whatever is right.”  The operative phrase here is “whatever is right”, meaning, “whatever is just.”  Later the owner goes back into town and repeats the same offer to workers at noon, again at three in the afternoon and then again at five p.m.  Now we are to assume that it’s a long summer day with much sunlight left.

So at the end of a long hot day of harvesting grapes, all the workers gather at dusk for payday.  Well, the last hired are the first to be paid.  The other workers are watching closely.  Surprisingly, every group of workers is paid the same-the early birds, the nine a.m.-ers, the nooners, the three p.m.-ers, and even the five p.m.-ers.  Those who started very early in the morning are paid exactly what the latecomers are paid-one denarius.

Now the early birds file a labor grievance: “These last worked only one hour and you have made them equal to us who have borne the burden of the day and the scorching heat.”  They feel keenly that an injustice has been done. But remember these early birds did in fact receive full pay for a day’s work-one denarius.  Yet they felt they deserved more; surely the late comers should not get the same pay. “That’s not right.”

The issue here is not that they were cheated out of a day’s wage. They felt they should receive something like a bonus for working longer hours in the hot sun.  So these early birds in truth want more than a day’s wage. Now you can understand their resentment.  “This is just not fair!”

But here the vineyard owner speaks some amazing words, “Friends, I am doing you no wrong. Did you not agree with me for the usual daily wage? Take what belongs to you and go.  I choose to give to this last the same as I give to you. Am I not allowed to do what I choose with what belongs to me? Or are you envious because I am generous?”  Amazing speech. Amazing generosity.

The question here is not so much injustice, the owner suggests. It is rather a matter of envy.  The early birds are envious of those late comers who were treated so generously.  How did they deserve such kind treatment when we worked all day long in the blazing sun?  The owner’s answer is quite disarming, “Because I am generous, that’s why. Why should anyone compare themselves to others out of envy?”

Twenty-five years ago, I was serving as a campus minister at Texas A&M University. Now campus ministers nation-wide spend on average about a quarter of their time raising money.  So for three years I spoke at a different church virtually every Sunday hustling funds.  Repeatedly we wrote alumni letters asking for contributions and held numerous fund raisers.  Money, money, money.

Then a friend of mine at First Presbyterian Church in Midland, Texas, told me that she sat behind a famous fat cat in church nearly every Sunday.  That famous businessman and politician was Clayton Williams, who had run unsuccessfully for governor in 1990 and who incidentally died this past February.  Claytie, as everyone called him, claimed to be the “most generous man in Midland.”  So I asked my friend if she could get us an audience with her friend and fellow church member, Claytie Williams.  And sure enough, she made it happen.

So I gathered four of my Texas A&M students into a rented van for the seven- hour trip from College Station to the plains of West Texas.  Driving across those miles and miles of Texas I began daydreaming, “Maybe, just maybe, our ship has finally come in. We are headed to the end of the rainbow.  We are going to see the most generous man in Midland.”  I started humming, “We’re off to see the Wizard, the Wonderful Wizard of Oz…”  It was like I was Dorothy with Toto, the Tin Man, the Lion, and the Scarecrow.  Surely, this would be magical!

The students and I began discussing what a perfect fund-raising gig this was.  We were showing our sincerity by embarking upon a fourteen- hour round trip just to see Claytie. Check. Claytie had graduated from Texas A&M. Check.  A good friend of his had secured our appointment with him. Check.  Claytie was a Presbyterian. Check. All the students were Republicans and had voted for him. Check for them, not for me. I could almost see the check in the bank, underwriting our expenses for years to come.  Check.

So we arrive in Midland that evening and the next morning drive up to his shiny glass office building. There is green grass out front and a water fountain.  The only grass and water I could see anywhere in Midland.  We ride up the elevator to the top floor and are ushered into his office.  Should I say rather a grand suite, a massive memorial to Texas A&M University?  On the walls are painted murals of the principal landmarks of the university-the Fighting Aggie football team, the marching band, the bonfire, the Corps of Cadets, Kyle Field, the Memorial Student Center, Reveille the dog mascot, some cows.  The students swell with pride. I swell with thoughts on an endowment.

Finally, Claytie saunters in with a grin the size of the Permian Basin oil field.  He knows we are Aggies and he gives us the thumbs up, the “Gig ‘em” sign, the way all Aggies greet one another.  He asks us to sit down around a glass table topped with a lovely vase of flowers.  Inscribed on the vase are these words, “In gratitude from the Corps of Cadets.”  I start wondering what we should give him for his “substantial gift” to the United Campus Ministry of Aggieland.  A Bible, a gold leaf Bible with a thumbs up on the cover?  My mind wanders.

After some pleasantries about the Aggie football team and its great defense-Aggies hardly ever talk about their offenses, if you know what I mean-Claytie asks, “So what can I do for you boys?”  Fortunately, we had brought only boys on this trip.  The student president of our campus ministry-an Aggie Presbyterian majoring in petroleum engineering (yes, the demographic appeal was marvelous)-told him about our program and our need for funds, “major funds” the student added on his own.  Claytie seemed genuinely interested as his Permian Basin smile never wavered.  My student’s appeal could not have been better.  I say nary a word.

With the appeal finished, Claytie called out rather loudly to the bank of secretaries behind a glass wall.  “Honey, bring in the check book.”  Well, Honey strides in and Claytie says to her, “Honey, write these boys a check.” Music to my ears. So Honey writes the check and Claytie signs it.  He gives the check to our student president and says, “Boys, it’s been a pleasure talking with some good Ags.”  Now “Good Ags” is like the ultimate compliment from one Aggie to another. I am thinking, “Thank you, God, that we are all good Ags.”

The student president hands me the check. I gulp. It is for $1000.  Surely, I think, he has forgotten some zeros here.  I don’t dare ask him to re-write it.  We all get up, thrust out our thumbs, say “Gig em” and “thank you very much” and Honey shows us to the door. The students are excited and pleased. They love the guy and say we ought to invite him to come speak to our students.  I can hardly speak. The check pretty much covers our expenses-the van, the gas, the hotel, the food. We get in the van and drive home, seven hours of sand and tumble weeds.

Back in College Station I call my friend in Midland and told her what happened with Claytie.  I admit I am a bit disappointed, should I say, tremendously disappointed, at Claytie’s gift.  She asks me, “Oh, didn’t I tell you?  He gives the same amount to all the organizations that ask him for money-the Scouts, the Symphony, the soup kitchen.  He did give you a thousand, didn’t he?”  All I can say was, “Well, at least he didn’t give us less.”

And all I could think of was that vineyard owner who gave a day’s wage to all those who worked from sunrise to sunset and those who worked for an hour or so.  And I felt this complaint rising in my heart. But I knew what it really was.  Envy.  Nothing more, nothing less. Just pure envy. And should I have been surprised?  What else can insidious comparisons generate except disdain and envy?  What else can you expect from insidious comparisons but disdain and envy?  Lord have mercy. Christ have mercy.  Lord have mercy upon us. Amen.