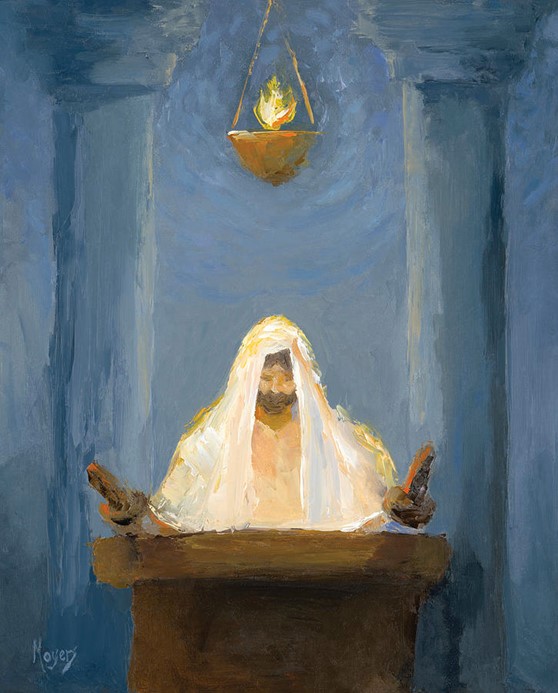 Today’s reading fills me with more questions than it does answers. It chronicles Jesus returning from the forty days of temptation following his baptism to begin his ministry in Galilee where, we are told, reports about him spread through all the surrounding country. To borrow a modern phrase, word about him - what he was saying and what he was doing - went viral. That term has grown a little less comfortable since the start of a pandemic that has reminded us that something that’s viral isn’t really a good thing.

Still, the phrase gets used today to describe the sudden popularity of an article, a video, a tweet, or a post that people pass along, spreading it exponentially. I imagine that gaining that kind of notoriety in first-century Palestine was far more difficult without YouTube, Facebook, Twitter, Tik Tok and other social media to speed things along. Jesus had none of that, still word about him spread.

That’s where my first question comes in. Did word about Jesus spread all the way back to his hometown, or did he travel back in Nazareth on his own? In the age of pedestrian travel, a journey from Capernaum in Galilee to Nazareth would have been something of a trek. Maybe not as far as going all the way down to Jerusalem, but not in the neighborhood Jesus had been circulating in, either.

So why did he go back? Was he hoping his mom could help him with his laundry? Galilee can get pretty dusty.

Maybe he just needed a fresh change of clothes. Or maybe he missed his family. Sure, he was starting to attract a following, but fans and disciples aren’t the same as your family. Or did he return to Nazareth because the word that was spreading about him got all the way back there? Perhaps the neighbors said something to Mary.

“We hear your son’s making quite a name for himself in the synagogues by the lake.”

“When’s he going to make time for us? We’d love to hear what all the fuss is about.”

“Sure,” Mary might have murmured, proud but also a little embarrassed at having to hear about her son’s success second hand. She might even have sent word to him, “Come see your mother,” she could have said, “We hear such things about you.”

For whatever reason, he finally comes to Nazareth, and no sooner is he home then he finds himself in church with everyone who had known him since the day he returned from the Jerusalem temple as a babe in his mother’s arms. It doesn’t come as a surprise that he’s at the Synagogue. Luke explains that it was his custom.

Wherever he found himself, it was his custom on the sabbath to seek out a place of prayer, a place to gather with others in community, to listen together for a word from God in scripture. It wasn’t his obligation. It wasn’t his choice from a list of options, “Let’s see - do I meet Peter for brunch, play a quick round of 18 holes, go for a hike, or go to the synagogue?”

No. It was his custom. It was what he did because that was who he was. This was his place. These were his people. Anymore, so much of life gets reduced to the things we have to do, and the things we want to do. We barely have a way of talking about the things we do that fall outside of that binary equation. The things we do because it is essential to who we are. Are we here because we feel like we have to be here? Most are here because they want to be here. But as those baptized into the body of Christ, the community we call church, the weekly practice of worship that gathers us to one another and opens us to what God has to say to us in scripture is part and parcel to who we are. It is the thing that makes us church, whether we happen to be in town, or out of town. It's one thing to attend church. It’s something else to get up in church, read the scripture and have something to say about it.

So, my next question is, who’s idea was it for him to get up and teach? Was he invited? “Hey there, young man, why don’t you come share some of that wisdom we’ve been hearing about from our friends at the Capernaum synagogue?” Was he volunteered by his mom? I hear that’s something moms do sometimes. “Why don’t you let Jesus say something? I’m sure he’d be happy to.” Or did he ask? In the tradition of the Society of Friends, commonly known as the Quakers, the silence of the meeting is only broken if a person feels compelled by the Holy Spirit to say something. We’ve just been told by Luke that Jesus is filled with the power of the Spirit, maybe that was what compelled him to stand up and read. What comes next is a matter of debate.

Did he pick these words from the prophet Isaiah? Luke says the scroll was given to him. Did he ask for this particular one, or was this the one that had already been chosen for that day’s service? Did he find this passage on his own, or were these the words that he opened to? It’s hard to know. But the answers to those questions might inform my next set of questions.

Namely, was he nervous? I mean, it’s not like this was the first time he’d gotten up in front of a crowd. We were told he’d been teaching in the synagogues around Galilee. Still, teaching strangers you might barely know

is a far cry from getting up in front of the people who’ve known you since you were in diapers and trying to speak with some authority. Maybe he wasn’t nervous until he saw those words in front of him. Maybe it was only when he began to speak these words he’d no doubt heard his whole life growing up, that he understood for the first time what they meant in light of his baptism, what they meant both for him and for all those familiar faces.

If he was God’s beloved, if the dove that he saw descending on him was the Holy Spirit, then that meant that the Spirit of the Lord was upon him. Did he start to panic, knowing that if he dared suggest such a thing to the hometown crowd they’d likely have something to say about it? Was he afraid, even for an instant, of the rejection he was sure to face for telling them the truth? Or was he too busy coming to grips with this clear articulation of his mission, the thing he had been sent to do? To bring good news to the poor. To proclaim release to those held captive and recovery of sight to the blind. To liberate the oppressed and proclaim God’s favor.

As the eyes of everyone who had ever known him as a child fixed upon him waiting for what he had to say, did he hesitate for just a minute, knowing that once he said it things would never be the same? I wonder all these things because this is the starting point of Jesus’ ministry. Like the words spoken to him in his baptism, everything that is to come will follow from this point, from these words. And to follow him likely means that each one of us will face a moment where we too find ourselves in front of people who think they know us because they once knew who we were.

And in that moment, we will be faced with a choice to say what we think they want to hear, what we’re expected to say, what will be accepted and praised, or to speak about the calling of our own baptism. That the Sprit of God is also upon us, to first see the poor, and then to bring them good news. To recognize when people are held captive - held captive to their own egos and the need to be right, to win, held captive to fear, held captive to anger and pain, held captive to their insecurities and uncertainty - and to say what we can to release them from whatever it is that is holding them captive. To call attention to the things that others are blind to; hard things, yes, like systemic forms of racism and the entrenched abuses of patriarchy, but also the realm of God’s presence and power all around us that is making all things new. To recognize the places where people are still oppressed by systems of power, or unhealthy family systems, or harmful cycles of poverty and work to set them free. To say fully and unequivocally that God is for us. That God’s judgment is ultimately one of mercy that is in humanity’s favor.

Of course, to say all that might get us some funny looks. Or worse, people might turn their backs on us and wonder why we can’t just be who they want us to be. It might get us uninvited or run out of town. Will we say what we know to be true, what the calling voice of God would have us be and do, or will we say whatever we have to say to keep from rocking the boat and making waves?

The apostle Paul poses the question in his letter to the church in Rome, “If God is for us, who is against us?” Sadly, the answer to that question is, plenty of people. There are plenty of people who find it easier to tear down and deride what they don’t understand, what challenges their expectations and threatens their worldview, than to embrace the powerful words of the prophet as they find fulfillment in Jesus. That was certainly the case that day in Nazareth, and it is still the case today. But Jesus spoke the truth anyway. Because in the end, the good news of God’s favor is the only thing that will set any of us free.