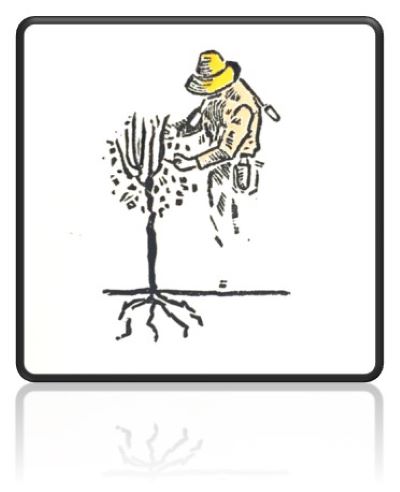 There’s a pop chorus from the late 90’s that’s been running through my head this week:

If you wanna be somebody else

If you’re tired of fighting battles with yourself

If you wanna be somebody else

Now on the face of it, it doesn’t make immediate sense why this gospel passage would call that song to mind. Isn’t the matter at hand about authority? This whole exchange between Jesus and the religious leaders questioning him comes in the 21st chapter of Matthew’s gospel, meaning toward the end, meaning this happens in the last few days of Jesus’ life. In fact, this whole line of questioning from the religious leadership has to do with how he entered Jerusalem, and his actions shortly thereafter. This is the event that we celebrate in the church year on Palm Sunday and it kicks off the Holy Week leading to his crucifixion on Good Friday and resurrection on Easter Sunday. Jesus was welcomed with a kind of parade with supporters laying down their cloaks, and palm branches on the road as he rode in on a donkey. They even shouted out to him to save them, calling him ‘Son of David.’ That’s a messianic title, the kind used for someone who might finally liberate the people from the heavy hand of Roman occupation. As it turns out, one person’s parade can be another person’s protest. That’s certainly how the folks in charge saw it, as a kind of rebuke to their appeasement of Roman authority. If that wasn’t enough, one of the first things Jesus did when he got to town was visit the temple, the center of religious life where people went to offer their sacrifices and get right with God. Except it wasn’t exactly a friendly visit. What he saw made him livid. Vendors had turned the courtyard into a marketplace. Weren’t able bring something to sacrifice? No problem. Buy yourself a sparrow or a dove, maybe something a little bigger, a little more impressive. No coin to buy your sacrifice? Maybe they only take Roman coins. Find yourself someone to change the money you have, or sell something valuable to get some money. It was more than a side hustle, it was a full-fledged economy, with a little bit off the top to the people in charge to keep things “lubricated.” He turned over tables in protest, threw chairs, drove the vendors out. Only, one person’s protest can be another person’s sedition. Who did this guy think he was, riding in from nowhere, hurting the local economy? And that’s just what they ask him. Who do you think you are? What gives you the right to do such things? Which brings us to the question of authority.

While the right to assemble in this country is protected under the First Amendment to the Constitution, large gatherings often require a permit. In that case, those assembled are doing so under the authority granted to them by the Constitution and the local permitting agency. When these religious leaders approach Jesus they are essentially asking for his permit. Who said you could hold a parade? Who gave you permission to clear out the temple like that? Like the good rabbi that he is, Jesus doesn’t take the bait, but answers instead with a question of his own. He asks them about John the Baptist. Wait. John the Baptist? Isn’t he dead? At this point? Unfortunately, yes, he is. But since Jesus’ own ministry, his own sense of his call and who he is came at the hands of John as Jesus was baptized, it’s still relevant. His ordination, if you will, came by way of John’s ministry, John’s baptism. To question the authority of what Jesus is doing is, by extension, to question the authority of what John did. All those people who went out to the wilderness to be baptized by John in the Jordan, was that a God thing, or just another earthly human fad? They’re stuck. They certainly can’t say that it was a God thing, because they’re on record having opposed John, or at the very least not supporting him. They certainly didn’t challenge Herod when he had John arrested, nor did they raise a protest at his gruesome beheading. They had found Jesus and tried to put him on the spot in front of the crowd he was teaching, take him down a notch in the eyes of the people so eager to listen to him. Only now they find themselves on the spot, because if they say what they think, if they say that John was just one more would-be prophet putting on a show in the desert, well that same crowd might very well turn on them. Because the crowd loved John, or at least they recognized the authenticity of what he was doing as a God thing. They don’t want a riot on their hands, certainly not while the Roman governor is in town with his legion of soldiers called to keep the peace during the Passover festival. Something like that could get very messy. They settle for the politically expedience answer, “we don’t know,” and try to let it drop.

Only Jesus recognizes a teachable moment when he sees one and goes on to tell a story with a rather pointed and fairly obvious answer. It can hardly be called a parable, it’s so obvious. But it is filled with familiar Jewish archetypes. A man has two sons. Always the man with his two sons. Cain and Abel, Isaac and Ishmael, Jacob and Esau. He tells them both to go to work in the vineyard. Again, with the vineyard. Throughout the book of the prophet Isaiah, the people of Israel are referred to as God’s vineyard. The first of the two sons say, “I won’t go,” but changes his mind and goes. The second says, “I will go,” but doesn’t. Which of the two does the will of the father, the one who says what the father wants to hear but isn’t true to his word; or the one who initially defies his father, but then relents and does the work? The answer is so obvious it might as well be a rhetorical question. And that’s where that song that’s been stuck in my head comes in. Change your mind.

The capacity to change our minds may be, next to love, one of the most important gifts of the Spirit. By the way, this what the rather churchy word, repentance, means. Too often it’s taken to mean some form of self-abasement. It’s most literal definition, though, is to turn around and go the other way, which is really what changing one’s mind is all about. It’s about taking a different direction, making a better choice. It’s at the heart of everything that is essential to doing the work of God’s vineyard, following in the way of Christ. Take forgiveness, what theologian Reinhold Niebuhr once called the final form of love. When we’ve been wronged by another, we feel understandably justified in seeking some kind of retribution for the wrong, exacting some measure of vengeance. To love in the way of Jesus, then, that is, to forgive, is to change direction, change our minds and surrender our claim, seeking reconciliation instead. Likewise, to believe our sins have been forgiven is to change our minds about ourselves. When we let our sins define us, that is who we are, who we allow ourselves to become. To receive forgiveness means that we are willing to change our minds about who we are, to become who God says we are. If you wanna be somebody else, if you’re tired of fighting battles with yourself, change your mind.

Of course, if you’re at the top of the religious pyramid, or any other pyramid for that matter, if you think you are sitting pretty and have got it all figured out, then you’re unlikely to change your mind. Writer and shame researcher Brené Brown talks about the difference between being right and getting it right. When we are too heavily invested in being right, thinking ourselves right, then we are unlikely to change our minds because there is far too much to lose. In this encounter the religious leaders couldn’t allow for the possibility that John was on to something because it might call into question what they were so sure that they were right about. It called into question their own sense of justification. After all, who gets baptized for the forgiveness of sins? Sinners do. We don’t need to do that. We’re not sinners. Okay.

But the sex workers and the crooked tax collectors, like the second son in Jesus’ story, they knew they weren’t right. Who knows how they ended up doing what they were doing, all they knew is that they wanted to be someone else. They wanted to get it right, and so they let God change their minds- and in the process their hearts- by receiving God’s forgiveness. Which is why they’re the ones who are going into the kingdom ahead of those fine religious folks. Because to enter the kingdom means entering into the story that God is telling and becoming a part of that story. It’s a story that is neither rooted in our own righteousness, or our unrighteousness, but is rooted rather in a love that will not let us go, a love that does indeed change us. It changes our minds. It changes our hearts. It is a love that, in the end, changes the world.